At Tanfield, students explored the Centenary theme of Thank You in a special afternoon meeting and every morning in their advisory groups. Students then chose which colour poppy to use and recorded their individual act of remembrance on a poppy. The poppies were collated onto poppy plaques to be laid by a year group representative in our service of remembrance.

On Friday 9th November 2018, we held our Service of Remembrance which was led by our cadets. Our cadets were in uniform throughout the day and many were selected to lay crosses dedicated in memory to our school war dead. We were joined in our service by members of local police force, our local councillors, governors and Tanfield Association. The entire school took part as we watched the march of our cadets followed by Mr C Jones recognising the sacrifices made by those who gave their lives, by those left behind and by those who returned forever changed by the horrors of war. The service centred around our Memorial Garden. Every advisory group had elected a peer to lay a remembrance cross on their behalf and one student per year laid their poppy plaques. This moving tribute was followed by remembrance crosses being laid by our police representatives, local councillors, governors, members of Tanfield Association and the leadership of the school. Last to lay their crosses were our cadets as they remembered the young men from Tanfield School who fought for their community and country in WW2 and who did not return. The Ode to Remembrance was recited and then Mr Stephenson played the Last Post. We then, as community united in gratitude and in remembrance, observed The Silence. Our service ended with the Reveille and the cadets marching out of the Memorial Garden. 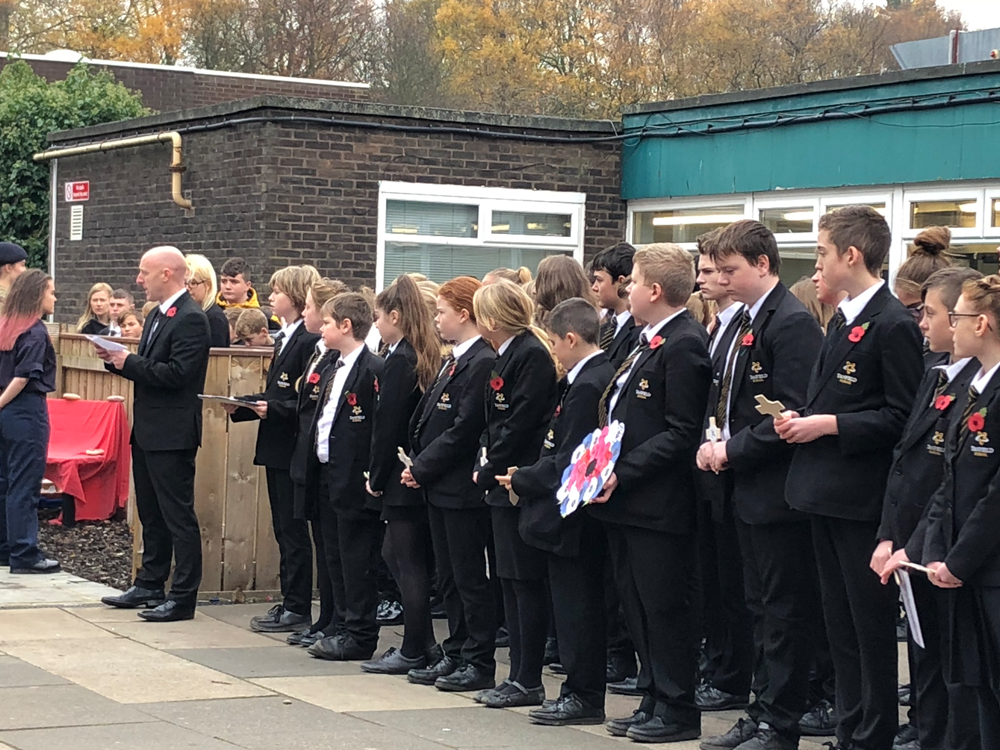 They shall not grow old, As we that are left grow old:
Age shall not weary them nor the years condemn them,
At the going down of the sun and in the morning
We will remember them

Back to all news

Are you sure you wish to delete this news item?

Headteacher: Mr S Clough
Tanfield School are a proud member of Eden Learning Trust
Company Registration Number: 10980753
Department for Education Number: 840/4011
Administrator
We use cookies on this website to provide a better user experience and to allow statistical analysis of visitors. By continuing to use this website you are agreeing to our use of cookies. Further information can be viewed here.
Click here to permanently close this message.