On October 16th 1912, Tanfield Lea Higher Elementary School and Pupil Teaching Centre came into being. Five days later on October 21st. it opened its doors to the first intake of pupils. Some of the pupils who arrived that day had simply transferred to new premises from the old Pupil Teacher Centre.

However, most of the new intake were twelve years old. Mr. Hardy the first headmaster recorded in the school log that:

"The Pupil Teacher and Preparatory pupils attending the Tanfield Lea P.T. Centre (53 in number) and their teachers Mr. Stringer, Mr. Crabb, Miss Clough came to the school and 174 pupils were admitted by examination from 329 candidates."

The object of the school as stated in the 1912 prospectus was to:

"Provide education, between the ages of 12 and 15 years, for children who, having previously attended an ordinary public elementary school, give sufficient promise of being able to take up an extended curriculum of such a character as is here provided, and whose parents intend them to remain until they are at least 15 years of age. The previous education of the pupils will be continued and widened and a practical training in special subjects added. The education given is indeed intended to afford, in an essentially practical manner, an intelligent preparation for the duties which will be undertaken when school days are over."

In 1919, the school was re-christened "Alderman Wood School" and took on grammar school status. In the mid 1940's its name was changed to Stanley Grammar School. In 1977, Tanfield Comprehensive was formed by the amalgamation of the existing school with Shield Row Secondary School. The school then had about 1,300 pupils and 76 teachers, significantly larger than the numbers some 65 years before. 1986 saw another change with the phasing out of the 6th form and the opening of the Tertiary College at Consett. In 1992 the sign outside read "Tanfield School". 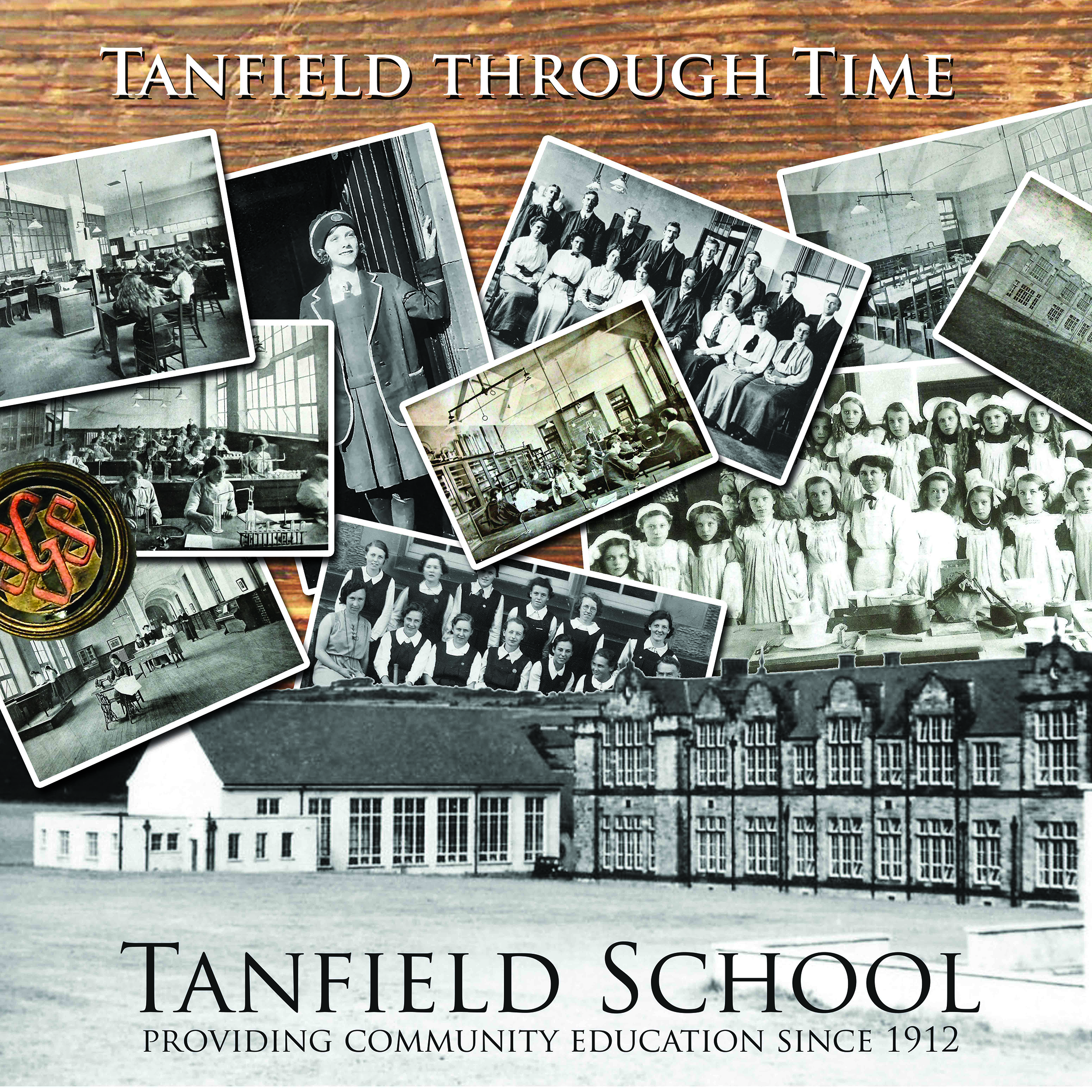 11th May 1998 seems so long ago and ‘The Great Fire of Tanfield’ which led to the demolition of the Tower Block. The 1960's four-storey building used to house all the English, Maths and Science teaching areas. Three years later, the scaffolding was dismantled and the eighteen temporary, demountable, classrooms were lifted from the football and rugby pitches during the summer vacation.

Since then, visitors to Tanfield enter through an impressive Reception and Administration Area. Along with five purpose-built Science Laboratories and a Science Prep Room, this forms an integral part of the replacement building which opened in January 2001 on the site of the former Tower Block.

Investment in education has been a steady theme at Tanfield. September 2000 saw our pupils move into an extension to the Technology suite and redesigned Art accommodation. The marvellous stone building that began its life in 1912 underwent intensive internal restructuring and a complete refurbishment at a cost of £1,500,000. Later work saw the Gym and Sports Hall refurbished to create facilities that are enjoyed both by students in school and community groups through after-school bookings.

Throughout the 20th century Tanfield School has been associated with innovation, dedication and success. As an indication of this, Tanfield has been awarded the International Schools award, Sportsmark award, Artsmark award, Healthy Schools award and financial awards from the Prince's Trust and Barclays New Futures. Tanfield School has been recognised for its work in the community as a Lighthouse School, and as an EcoSchool working towards improving our environment. We have also received a prestigious Schools Curriculum Award.

We are proud to have achieved awards which recognise our commitment to providing the best education for the young people in our area. Every individual is unique and we wish to provide for all needs and ensure that all talents are developed to the full. Academic achievement, information and communications technology, music, sport and cultural exchanges are all part of what we offer to the young people who join us.

Celebrating the school’s centennial year in 2012, many former students wrote of their memories of times past, recollecting many amazing achievements in a book prepared for the event. Staff and students celebrated by dressing in costumes from across the 100 years.

Many staff members and local families have a long association with Tanfield, including those former students who return to teach the following generations, in some cases dedicating their entire working career to giving back to the school. 2016 saw another rare event when the Head Teacher, Graeme Lloyd, retired after successfully leading the school through a period of dynamic change in education. In another example of long-term commitment to Tanfield, Graeme was only the sixth head teacher in the life of the school, having previously worked in the English department for many years.

From its origins in 1912, Tanfield has grown and developed; a school with a proud past and an exciting future. Our aim as we continue to make progress in a modern and ever-changing world is "to provide a secure and caring environment to help every pupil succeed", following a long and proud tradition.

Are you sure you wish to delete this page?

Headteacher: Mr S Clough
Tanfield School are a proud member of
Eden Learning Trust, Merrington Road, Ferryhill, County Durham, DL17 8RW 01740 651 554
Company Registration Number: 10980753 registered to England and Wales
Department for Education Number: 840/4011
Administrator
We use cookies on this website to provide a better user experience and to allow statistical analysis of visitors. By continuing to use this website you are agreeing to our use of cookies. Further information can be viewed here.
Click here to permanently close this message.